Head Coach of Mamelodi Sundowns Pitso Mosimane claims the club is the ‘Denmark’ of the African Champions League after the side booked their place in the 2016 final of the tournament. 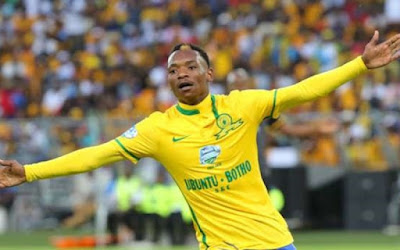 Mamelodi Sundowns would trade tackles with Zamalek of Egypt after thrashing Zesco United of Zambian 2-0 in the second leg of the semi final game on Saturday.

The club were earlier knocked out by AS Vita Club of DR Congo, but the Pretoria-based club got a rare chance to continue in the tournament after Vita were disqualified. The football apex body, CAF, disqualified Vita for fielding an ineligible player during the opening rounds of the tournament. Sundowns surprisingly won four of its group matches to top the table. They met and eliminated Zesco in the last four with a 3-2 aggregate.

Mosimane referred to his side as Denmark due to the exploits of the country as far back as 1992. Denmark received a invitation in the last minute to take the spot reserved for Yugoslavia at the European Championship in Sweden. Yugoslavia was war-torn so they couldn’t make the tournament.

“We are having fun. We are still having fun. Our focus is actually on the Champions League next year. We want to improve on what we’ve done this year,” Mosimane started out saying.

“People said we want in the back door. Yes, the back door – but now in the final. How nice! It’s sweet! We’ve been playing continuous football for the last 15 years. We are struggling a bit,” he added.

He asked that the club not underestimate their Egyptian counterparts in next month’s final. He claimed there would be a change in tactics compared to the game against Zesco, saying Zesco played long balls. Sundowns defeated Zamalek two times this year in the group phase of the competition, and would play them at home on October 15th before a return leg in Cairo a week later.