West Ham United will take on FCSB, RSC Anderlecht and Silkeborg IF in the group stage of the UEFA Europa Conference League. Friday afternoon’s draw put the Hammers in Group B alongside their opponents from Romania, Belgium and Denmark. The Hammers, who are competing in Europe for the second consecutive season, will begin their Europa Conference League group-stage campaign on Thursday 8 September, subject to the match dates being confirmed. 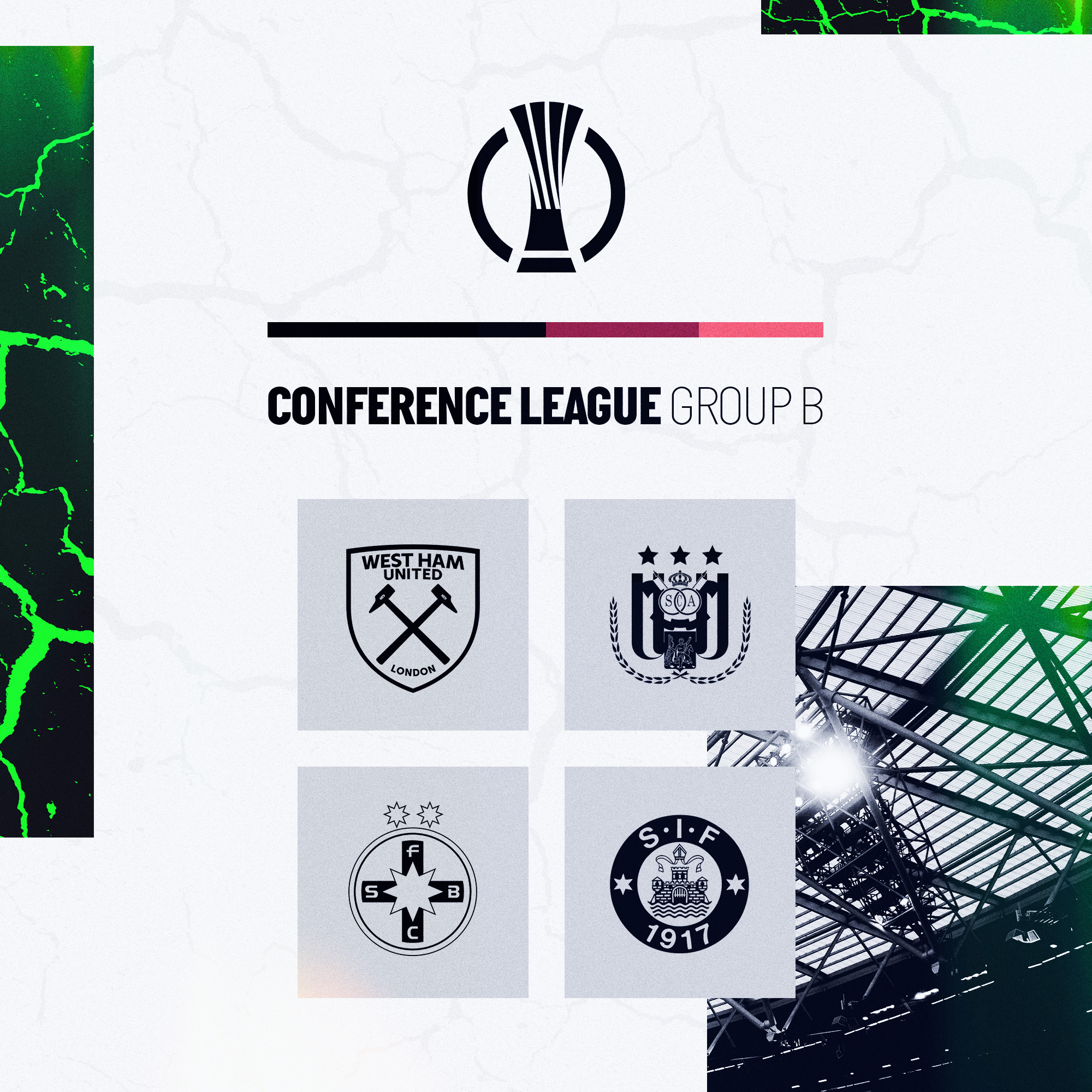 West Ham were seeded in Pot 1 for the draw, which took place in Istanbul, Türkiye, meaning they could be matched with any of the 24 clubs in Pots 2, 3 and 4. Their Pot 2 opponents are FCSB. Nicolae Dică’s men defeated Norwegian side Viking FK in the play-off round to reach the Conference League group stage. They play at the National Arena in Bucharest, the Romania n capital, and compete domestically in the Liga I.

From Pot 3 came RSC. Anderlecht. They are based at Lotto Park in Brussels and are currently fourth in the Belgian Pro League. Managed by Felice Mazzù, they defeated Swiss outfit Young Boys on penalties in the play-off round to reach the group stage.

Silkeborg IF were drawn out of Pot 4. Kent Nielsen’s side play in the Danish Superliga and qualified for the group stage after losing to Finnish side HJK in the Europa League play-off round. The draw means the Hammers will face Danish opponents for the second time in this competition, having defeated Viborg FF 6-1 on aggregate in the play-off round.

Now the draw has taken place, the four clubs will hold discussions with each other, UEFA and other relevant stakeholders to decide and confirm the fixture list.

The six group-stage matches will be provisionally be played on the following Thursday evenings. However, city clashes and club pairings need to be taken into account before the dates and kick-off times are confirmed: